King of the court: LeBron James sets another NBA milestone

King of the court: LeBron James sets another NBA milestone

Cleveland Cavaliers star becomes youngest to reach 30,000 points in defeat by San Antonio Spurs. LeBron James has made it a point not to revel in his accomplishments. He allowed himself a moment to savour this milestone, though, after becoming the youngest ever to join the NBA’s 30,000-point club.

He became the seventh player with 30,000 career points when he hit a jumper with one second left in the first quarter of the Cleveland Cavaliers’ 114-102 loss to the San Antonio Spurs.

“I don’t ever fully appreciate what I do anytime I accomplish something, no matter if it’s a win or a loss,” James said.

“I’m looking forward to the moment when I can be done with the game and I can sit back with my family and my friends and we can drink some wine and talk about all the accomplishments that I had and feats I was able to accomplish.”

James, who needed seven points to reach the milestone, finished with 28. 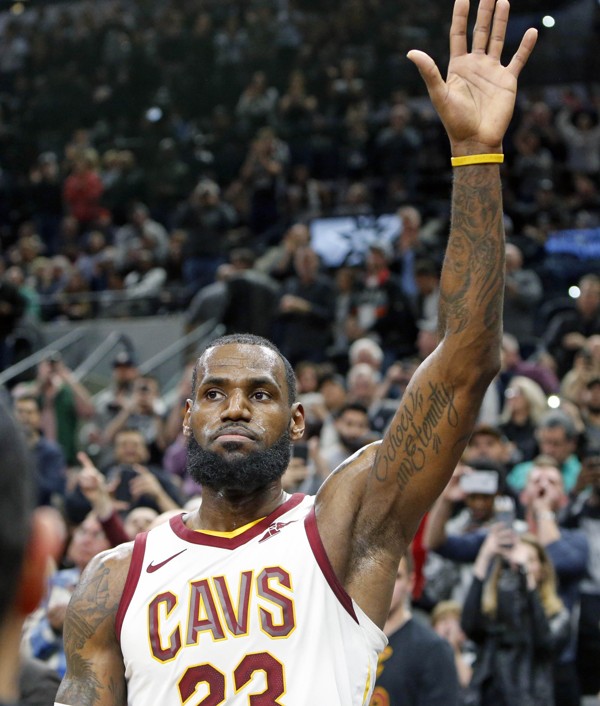 He was recognised by the arena before the second quarter and got a standing ovation from Spurs fans. James patted his heart and said “thank you so much”.

“Just a special moment,” James said. “I just started thinking about everything that my journey [has entailed] from being a kid that first picked up a basketball when I was five years old to first starting playing organised basketball when I was nine and all the way up until this point. I give a lot of thanks to a lot of people.

“It’s something I never set out to do. I’m not even a score-first guy when it comes to playing basketball. I love getting my teammates involved and seeing my teammates be excited about scoring and me getting assists. For me to sit here and be the youngest player ever to reach 30,000 …” 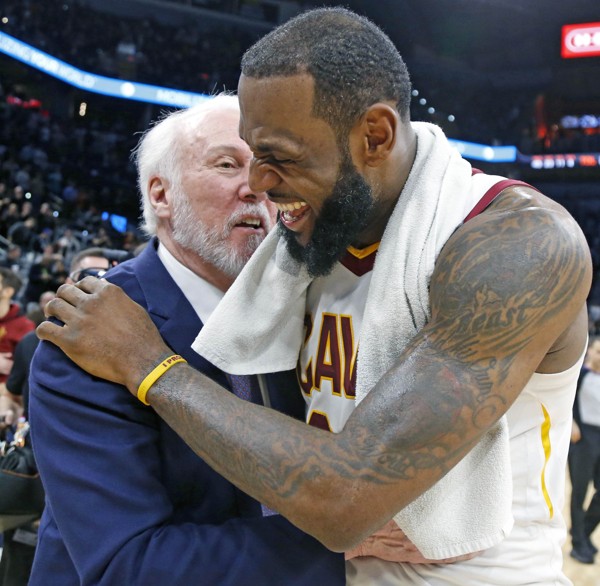 He missed his first two midrange jumpers against San Antonio before making two driving lay-ups and a 20-footer. He hit the milestone jumper over Danny Green from 19 feet out.

The Cavaliers were unable to celebrate immediately because the Spurs had an opportunity for a last-second shot. When Brandon Paul missed a 71-foot heave and the buzzer sounded, James’ teammates quickly streamed off the bench to congratulate him.

Among the first to greet him was guard Dwyane Wade, James’ teammate for four seasons in Miami, including two NBA championships.

“I just told him I’m proud of him,” Wade said. “You see a person’s work ethic, you know a person’s heart, cares about the team, cares about winning. Even though he’s had a lot of individual success, he doesn’t feel comfortable with some of it.”

“It’s an awesome achievement,” San Antonio coach Gregg Popovich said, “but what else do you say about LeBron that we haven’t said many times before? He’s just a great, great competitor and a great player.”

The story how NBA sensation Giannis Antetokounmpo’s one of a kind talent was discovered.